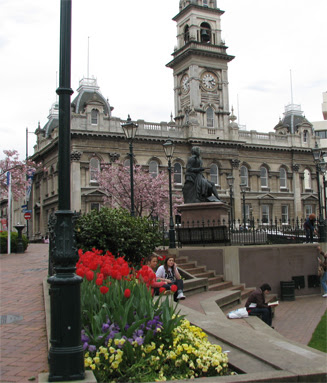 Took these photos today on my way to the Art gallery to have a peek at what DPAG has on display right now. 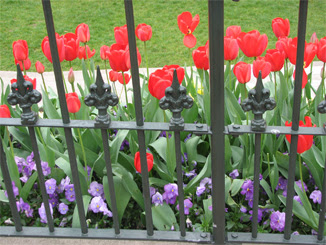 We weren't disappointed. Laurence Aberhart's black and white photos were stunning. Secret structures with shape and symmetry; interiors (of churches, community halls ... ) that tell of life stilled after an event. A huge amount of building frontages. Of Masonic Lodges, cemeteries and containers of one sort or another. I need to go back and take it all in some more.
As ABM said, in art galleries your head quickly fills until you cannot contain any more - of either images or ideas of images. My favourite was of the Waikaia cemetry. Waikaia is a town I know from my childhood. Relatives on my mother's side live there. And are buried there. The photo Aberhart took of the cemetery represented a Waikaia I am unfamiliar with. It appeared gloomy, dark, barren, unvisited and abandoned - the opposite to the brightly painted houses and sunshine-soaked town sitting below brown hills, that I remember from my summer holidays there. However, I could relate to the space and span - and to what was visible behind the tall, white statues all in a line; the Garvies. Or was it the Umbrellas? Waikaia lies by the river that flows between these two mountain ranges. 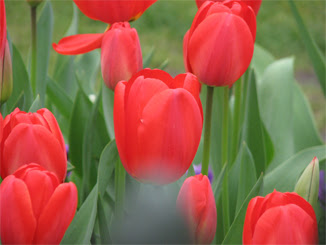 On Friday night I went to the launch of the book 'The Gorse Blooms Pale' - Dan Davin's Southland Short Stories, edited by Janet Wilson. I was sad to have to miss Maxine Alterio's launch of her novel 'Ribbons of Grace' (unfortunately on at exactly the same time.) But because I am in Southland reading tomorrow, I felt I needed to go to the launch with the Southland emphasis. I am looking forward to buying 'Ribbons of Grace' next opportunity. Maxine is a fine writer and is also herself a champion of her home province of Southland. She has always been encouraging and supportive of my own writing; all of which makes me feel even more of a heel for not attending her launch.
Wendy Harrex, Editor at the Otago University Press, read out an account of her memories of working with Dan Davin in her days at Oxford University Press in the seventies, when Davin was the Boss there. Fascinating stuff. Among other interesting facts, she described how there was at that time, hundreds of workers there. Hard to imagine that ...
Janet Wilson, the editor of the book 'The Gorse Blooms Pale', is a Professor of English and Postcolonial Studies at the University of Northampton, UK and is an expert on Davin's work. I was leafing through the book after buying it when R said to me "Did you know you've been cited in the acknowledgements?"
I couldn't believe it. Why? When I read it, I see that it was for comments on Orepuki. Well I never.
While all that was happening, and ABM was spending some time at the golf course, little did we know that Son M had got his nose well and truly smashed after his surf board got caught by a wave and flipped up. Pools of blood and a dash to the hospital. In the bus! They'd tried to reach us for a ride, but we were both unavailable. However, all's well that ends well. The hospital gave him the all clear, and luckily he has no broken teeth.
Well that's half of my weekend. More to tell tomorrow.
- September 29, 2007

What lovely red tulips. The flowerbeds here which had tulips and other flowers in the spring have been emptied of anything but damp dark earth.

Yellow and red have both been beautiful! What color is next? :-)

Cited! How exciting! (hee hee...) What do you mean you never? I guess you have now, right?

LOVE the red tulips, those are just beautiful. Ever been to Holland? Wonder what that's like.

Wanted to let you know that I'd finished the task you set me, and I wanted to thank you for it. I panic sometimes at the onset, but I love to stretch myself as a writer and I certainly did do that this time.

kamsin - The seasons come and go - the flowerbeds fill and empty! ;)

scarlett - Must dash over quickly now and read it! :)